Yes, The Arcade Olympics is where it's at, The Fall Event and Iron Man Mancathlon are a blast, but what about something less epic and more laid back? Here you go...

Guaranteed to hurt or break one of my arcade buttons. Put your physical dexterity and button mashing skills to the ultimate test! Konami's Track & Field, and it's lesser known sequels top the bill. Don't forget Activision's Atari 2600 title Decathlon

Hut, hut, hut...Who could forget Tecmo Bowl? Do you know that there was an arcade Tecmo Bowl version that was released in 1987? The NES classic did not debut for 2 more years. Tecmo Bowl has had a loyal following for decades. Modders release a new version with updated rosters every year! 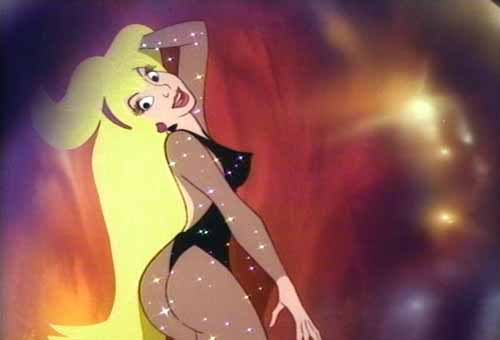 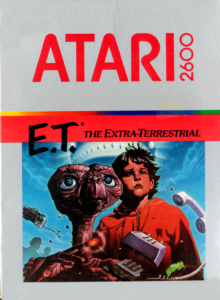 Check out some of the greatest games you never played, but heard so much about. Tap into the greats from lesser known consoles like the Sega Saturn, Dreamcast, Nintendo Virtual Boy, The TurboDuo, Phillips CDi, 3DO, and more. 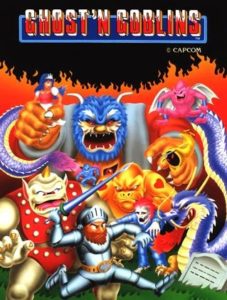 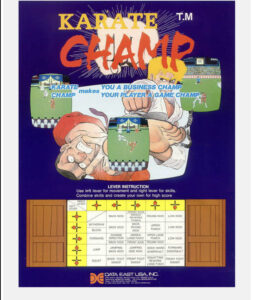 Full Point! Half Point! Take each other on in this arcade classic. Karate Champ is played with 2 4-way joysticks that, when combined, pull off sweet moves. I even did you a favor and provided the move list above! Begin!

Pick a classic game you love, arcade, console, whatever! They're all games you've played ad nauseum. Now blast through them for fun as fast as you can! How about The Legend of Zelda, Bionic Commando, Kid Icarus, or Metroid for the NES? Or arcade greats like Shinobi!

"Ever since I was a young boy, I played the silver ball. From Soho down to Brighton, I must've played them all, well, I ain't seen nothing like him in any amusement hall. That deaf, dumb, & blind kid sure plays a mean pinball." And now so can you, Pinball Wizard!

Ever since his debut on the NES in 1987, Mega Man has "rocked" the video game world! Known as Rockman in Japan, the blue bomber takes on challenges from the Mega Man series, Mega Man X series, and some other surprises. Dr. Wily won't know what hit him! 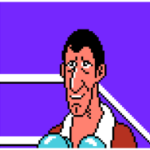 Have you ever beaten Mike Tyson in Punch-Out!! for the NES? Me either. Get training and make it happen! There are several great games to choose from, 2 on arcade, 1 on the NES, SNES, & Wii. It's a Knockout!! 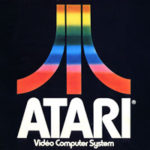 Arcade games are best to play competitively due to quickness and scorekeeping. Atari 2600 comes in a close second. Relive games such as Yar's Revenge, Keystone Kapers,  Pitfall, Barnstorming, and River Raid! 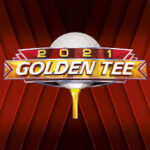 Fore! Its all golf for this event. 18 holes of Golden Tee golf. Looking for a change? try Mario Golf or Hot Shots Golf? Have a little warm up with the oringial Golf for the NES. Plus a physical putting challenge to boot!

Round One...Fight! Several Head to Head favorites to choose from! How about an 8-man bracket Mortal Kombat style? Not your cup of tea? How about Street Fighter Or Marvel vs Capcom, Samurai Showdown, Art of Fighting, Primal Rage, Darkstalkers, Killer Instinct, Tekken, Soul Calibur, Virtua Fighter, DOA, Last Blade, or Red Earth? No? How about something a bit more under the radar like Time Killers, TMNT Tournament Fighters, Justice League Task Force, or Eternal Champions? The List goes ever on...Finish Him!!! 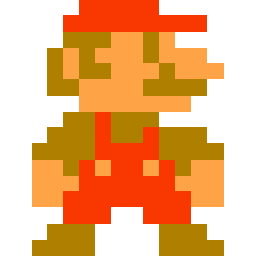 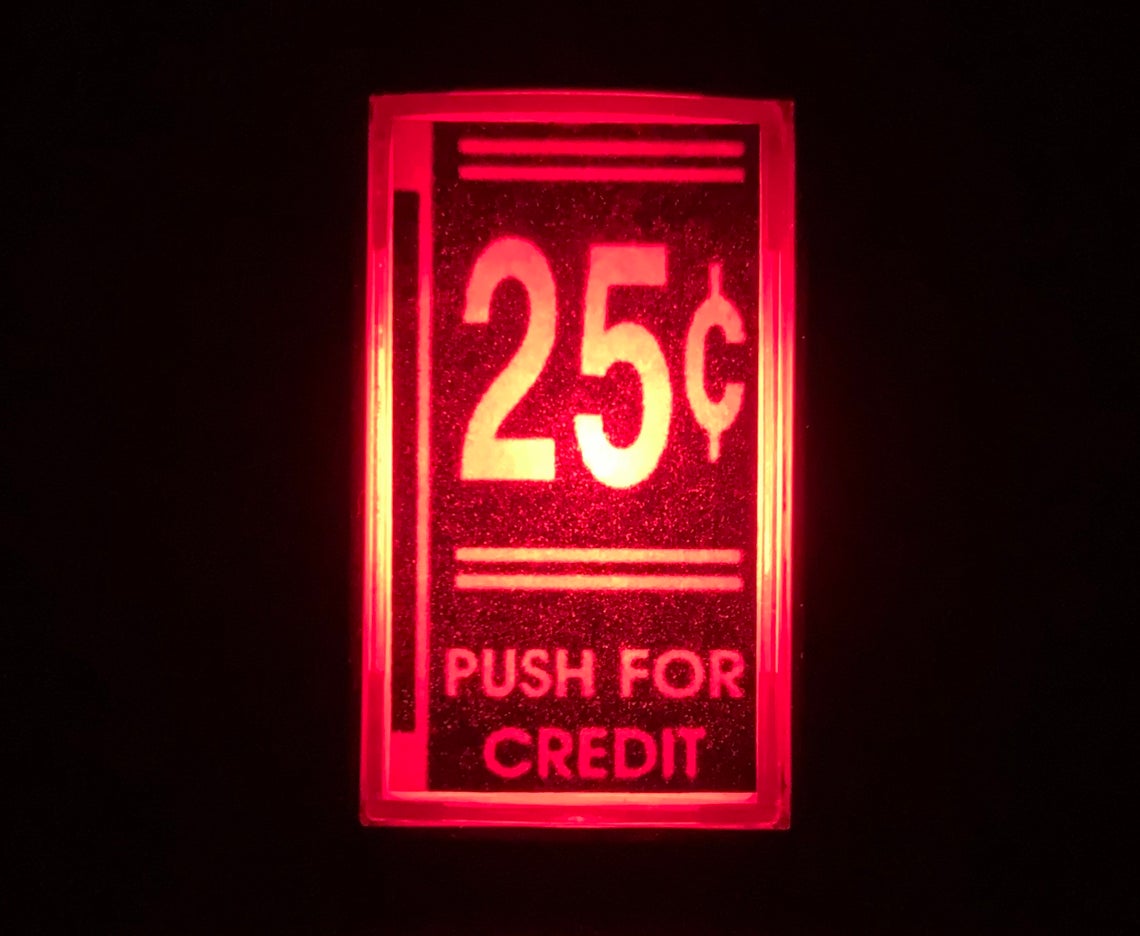 Coin-Op! The original board game that is a video game! Confused? Its kinda like Mario Party, where you race around a track, but you don't play mini-games. Instead, you play a predetermined arcade game or console classic. Each challenge will have a different goal, like clearing level 1 of Pac-Man without dying, or Eating all 4 ghosts on one energizer in Ms. Pac-Man, or clearing level 1 of Joust without, dying. Some spaces on the board you can land on are knowledge based, like classic arcade or retro game trivia. There's more to it, like Play-All, betting, and power-ups. Good Times. This was the theme of the 2020 Fall Event.

Besides the tourneys listed above, Here are several other ideas. Some also make great themes for the Fall Event! Read on!

Focuses on Castlevania I-III for the NES, IV for the SNES, Bloodlines for the Genesis, Rondo of Blood for the Turbo Duo, and Timed challenges for Symphony of the Night (some handheld challenges thrown in for good measure).

Focuses on Contra games from the arcade, NES, and on to the Playstation. Yes, I know you still remember the code, but do you know the full names of the heroes? You know, the Arnold and Sylvester clones from the game? They are Bill Rizer and Lance Bean, respectively. Knowledge is power!

Arcade gunslinging at it's best! Classics like Crossbow, Duck Hunt, Hogan's Alley, Terminator 2, and Operation Wolf waiting to be challenged!

Racing! Prepare to qualify and rev the gas, grab that wheel white-knuckle tight! Out Run, Pole Position, and more! Who will make it to the finish line first?

Take the flight stick, pull back the throttle and duel it out in games such as After Burner and it's lesser known sequels!

It is an abbreviation for Incredible Technologies, creator of the popular bar staple Golden Tee. But they have other greats as well! Try 3 holes of Golden Tee, a round of Shuffleshot, and a game of World Class Bowling!

Just Star Wars games, luckily there's quite a few! Star Wars, Empire Strikes Back, and Return of the Jedi are arcade classics. Then there's Star Wars Arcade and Star Wars Trilogy. Not to mention a whole lotta console games dating back to the Atari 2600.

Do your civic duty and get out and vote. Nominate, then vote for the games you want to play, or just go by Ranker's Top 20 or so. It's up to you!

School the youngsters on some games from our youth that they never played- What you think their bucket list should look like.

Let off Some Steam

Dive into some PC game classics, or keep it modern. Relive the days of DOS and Windows 95 by playing a few missions of the Lucasarts classic TIE Fighter or Day of the Tentacle!

Bring your own laptop for some rad 90's fun with games such as Wolfenstein, Doom, Quake, Duke Nukem, and more!

As noted on the Activities page, Pick a game you always wanted to beat and go for it! taking turns, cheating if absolutely necessary. NES Teenage Mutant Ninja Turtles, Battletoads, Castlevania, Zelda II: The Adventure of Link, Ghosts 'N Goblins, E.T. for the 2600, Rygar, Bionic Commando, or whatever your heart's desire

If it ain't broke, don't fix it. Stick with a classic like the Kong-Off! Pac-Attack, Or Mr. Do's Do It All!

That's cool. Take the physical challenge! How about a board game, card game, or party game? The Guy Night Achievement List has a ton of board game achievements as well! Or perhaps try something different like an Escape Room in a Box? 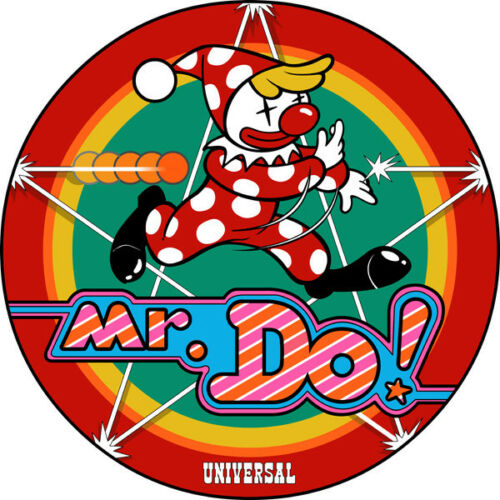 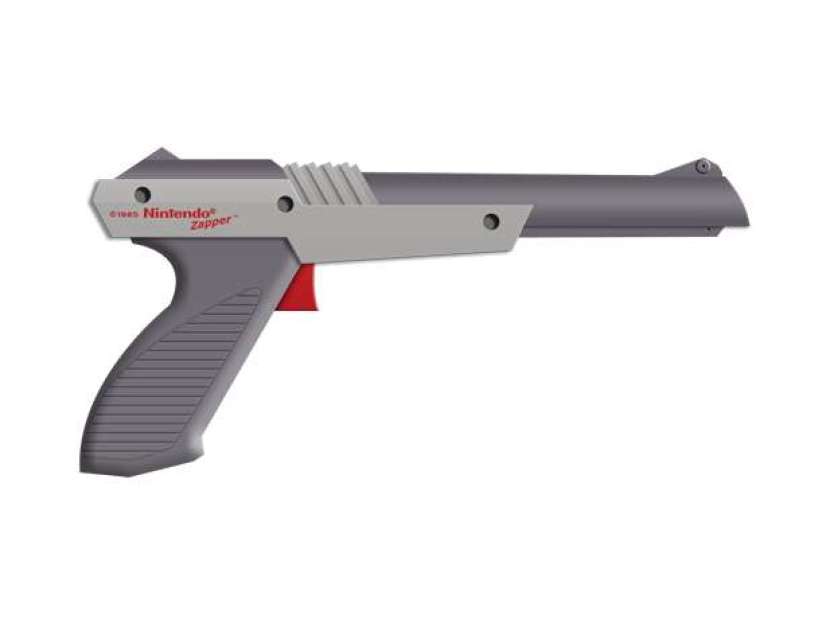 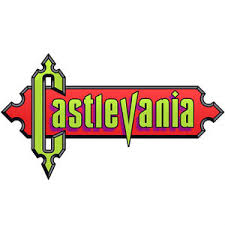 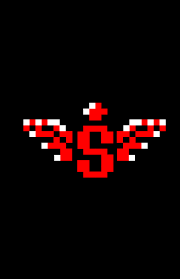 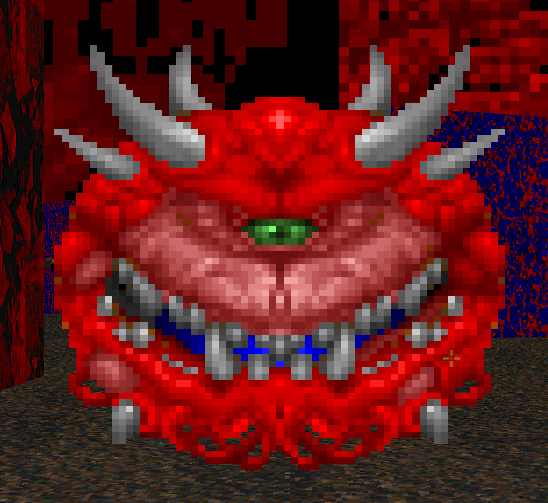 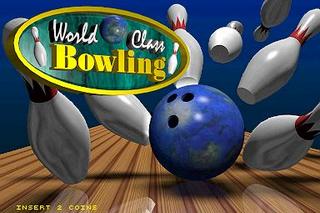 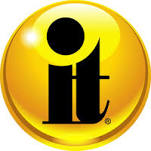 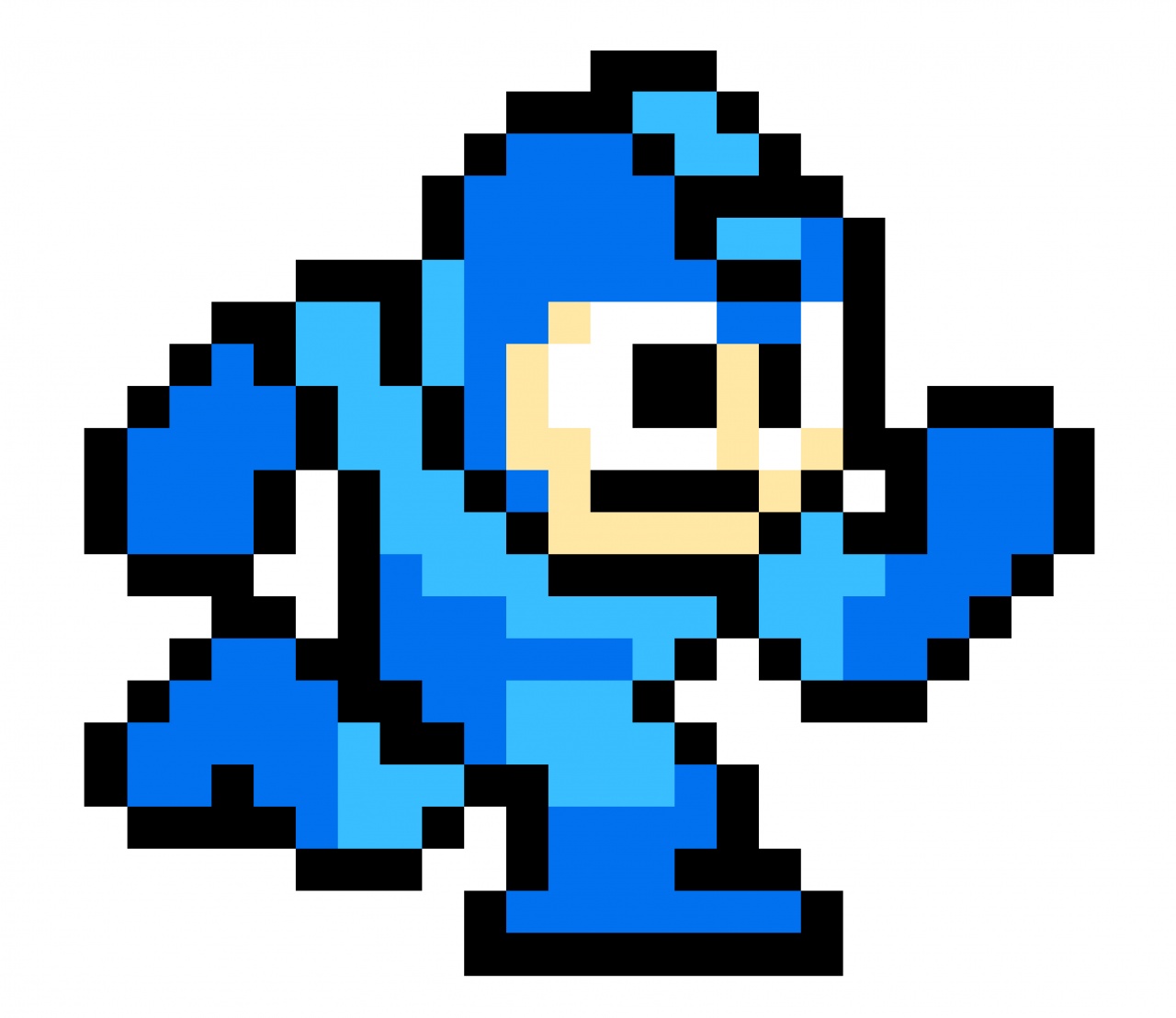 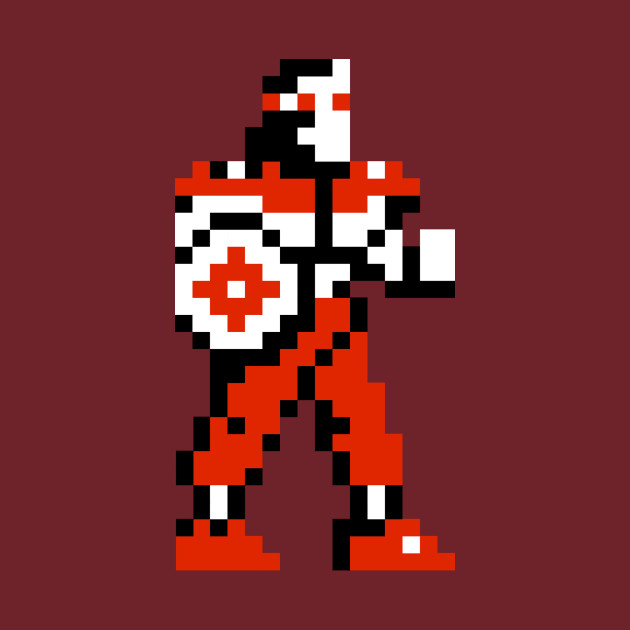 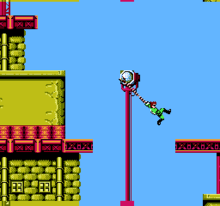 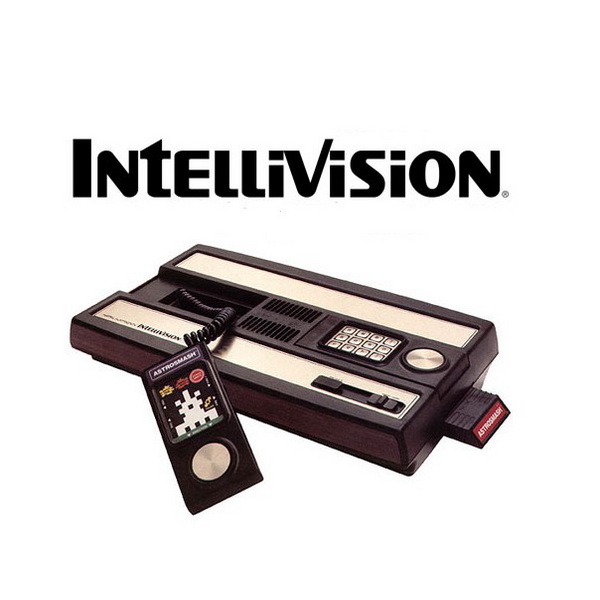 What else? Have any cool ideas? New themes? We are always open to try new things! Click the box below and drop us a line! 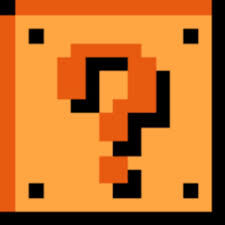